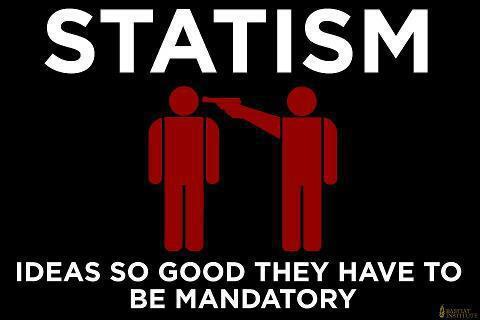 Institutional rapism is defined analogously to institutional racism, generalizing from individual attitudes and behaviors to collective political policies and the subsidy of history.

There are three basic types of institutional rapism.*

On an optimistic note, the US dollar will soon lose its world reserve status and begin hyperinflating. This, along with increasing tribalism, will increase the support for secession from the US Rapist Empire, and favor liberty in the resulting "small but beautiful" entities. Secession is no longer a dirty word, and has entered the Overton Window, even of institutional rapists. When the money is no good and the central government fails, the institutional rapists will have ample reason and motivation to devolve to local governance and significantly less raping of the citizenry. Plus, with smaller entities, opting out and moving to competing entities will be a real and affordable option. The possibility of exit, opting out, will force the residual rapists to end their despicable practice. Markets against rapism!

What types of intervention can the invader commit? Broadly, we may distinguish three categories. In the first place, the intervener may command an individual subject to do or not to do certain things when these actions directly involve the individual's person or property alone. In short, he restricts the subject's use of his property when exchange is not involved. This may be called an autistic intervention, for any specific command directly involves only the subject himself. Secondly, the intervener may enforce a coerced exchange between the individual subject and himself, or a coerced “gift” to himself from the subject. Thirdly, the invader may either compel or prohibit an exchange between a pair of subjects. The former may be called a binary intervention, since a hegemonic relation is established between two people (the intervener and the subject); the latter may be called a triangular intervention, since a hegemonic relation is created between the invader and a pair of exchangers or would-be exchangers.

Back to
Hogeye Bill's
Rants & Spiels Next Rant